As I wait for the French Foreign Legion figures I ordered to arrive from England, I figured I would make a few buildings and possibly a fort for some desert scenery.

My first attempt was a small basic mud hut building. It is not that great but maybe it will be OK since it is supposed to be a crude little desert dwelling. 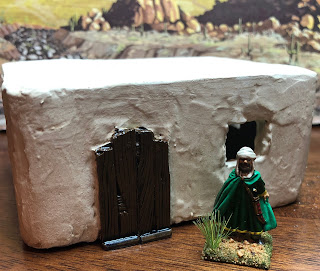 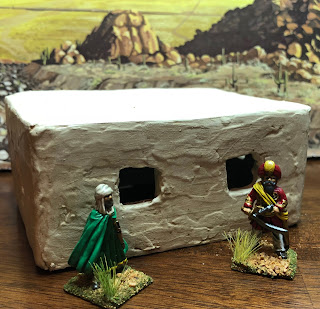 I am not overjoyed with the final results. I really struggled with using foam core as my basic material. It is hard to cut cleanly which made the windows wonky and the edges were hard to cover up.

I learned a lot from making the first building and decided to use fake windows and add accents of bricks showing through broken stucco. This one looks a lot better. 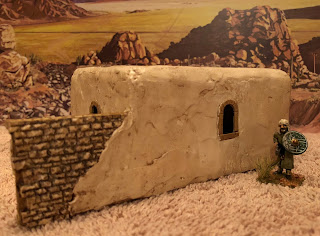 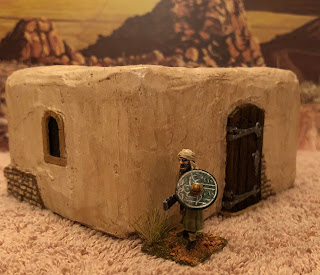 Next I built a small mosque with a dome and a removable roof. I think this next attempt is better. I'm getting better at working with the materials. 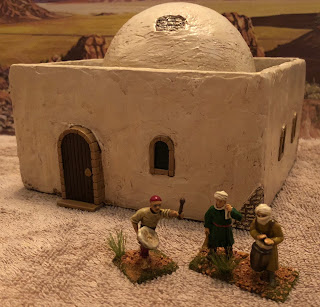 Steve, Chris and I wanted to add some water to our African adventures, so I made two rivers. One is 6 inches wide and the other is 12 inches wide. Both are about 6 feet long.

I just used some cloth and painted it with fabric paint. Painting water was a lot more difficult than I thought and I spent a lot of time trying to make the water look realistic.  The final product isn't great but should be good enough for some gaming.

Of course, I couldn't leave my natives stranded on the shore so I made a bunch of canoes out of balsa wood. 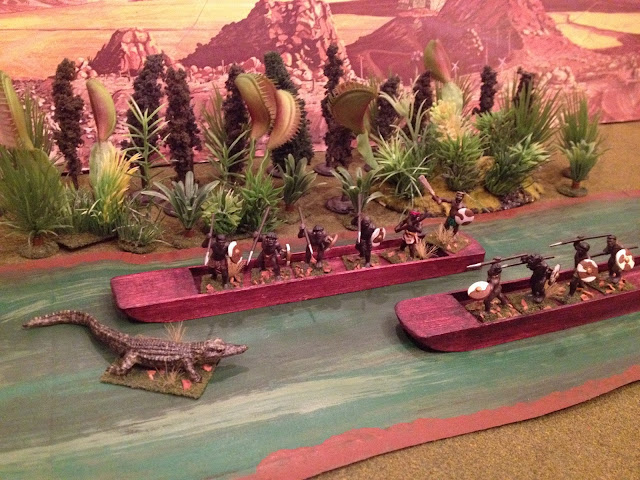 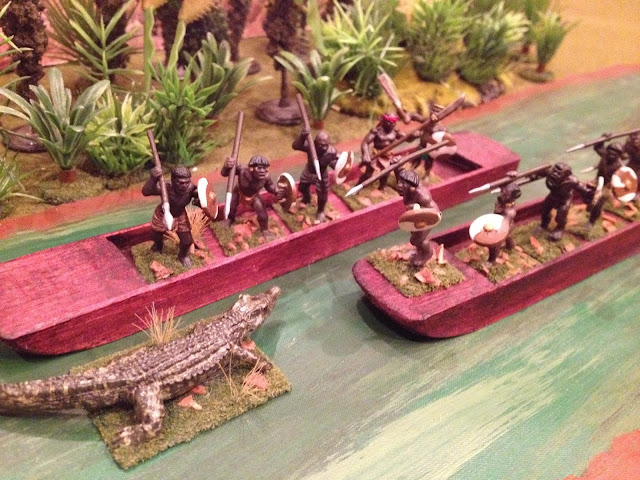 Marine Taxi for Back of Beyond invasion!

I think US Marines really like their counterparts in the US Navy. In the movie "A few good men" Marine Lt. Jonathan Kendrick, played by Kevin Bacon, says "I like all you Navy boys. Every time we've gotta go someplace to fight, you fellas always give us a ride."

So I was thinking that my Marines might need a way to get them all and all their gear into battle quickly . . . Landing Craft!

I did a little research and found out the US didn’t have any Landing Craft until 1939. However, the British had been experimenting with Landing Crafts since WW1 and had developed a flat bottom, square front and back landing craft as early as 1920. I couldn’t find any good pictures of these vessels, so I just imagined what it might look like and came up with this design: 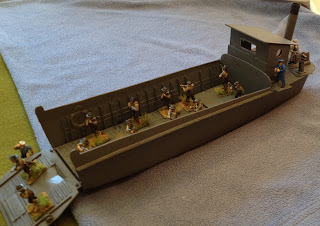 To create the vessel shown above, I found the plastic model shown below and customized it. 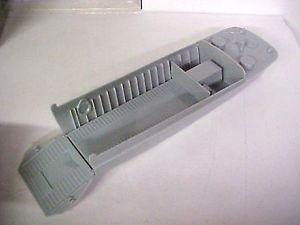 I went to TAP Plastics and bought some parts that enabled me to built a pilot house and smokestack for it. I also cut out the wall and engine compartment near the back to enable it to carry more troops and vehicles. 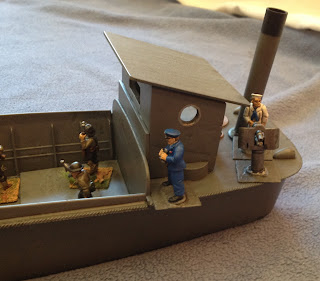 I can’t wait to surprise my wargaming buddies Steve and Chris (majorthomasfoolery.blogspot.com) with these. Don’t tell them but I built THREE landing craft to enable me to land all my Sailors and Marines as quickly as possible! 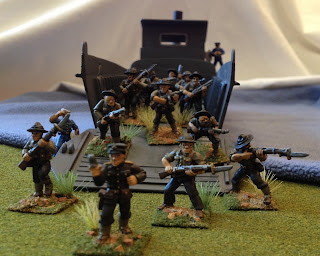 Gunboat support for US Marines in Back of Beyond

As I was building up my Marine division for their campaign into the Back of Beyond, I also decided to add some naval support in the form of a gunboat.


I did a little research and found that the US Navy did have some gun boats in WW1, such as the USS Atalanta, shown here: 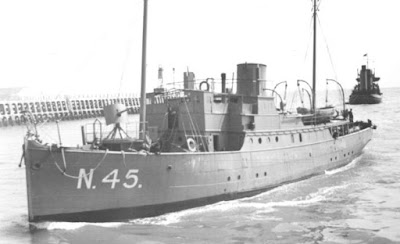 Here's another small gunboat, Subchaser #57, that was part of the “Splinter Fleet”. These 110-foot boats were small but had a lot of heart. 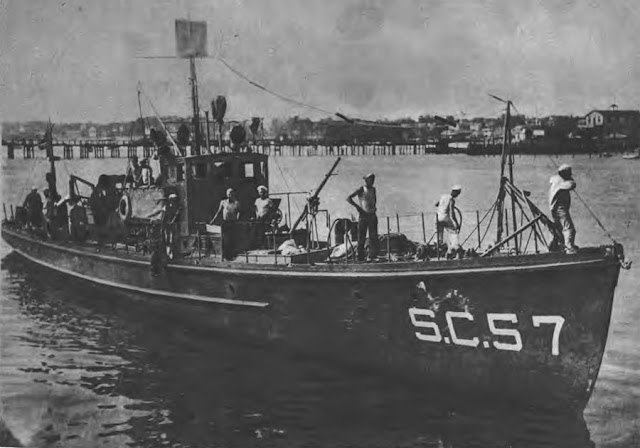 I could not find any pre-made models for these WW1 gunboats, especially in 1/56th scale. So I took the following plastic model of a WW2 PT boat and modified it. 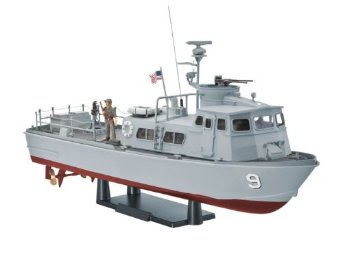 The whole boathouse was too far forward on the model, so I cut it out, made a new deck and glued it back on much further to the stern. I also converted the machine gun turret into a WW1-era smoke stack, remove all the electronics and cut it down to the "water line". Here is how it turned out: 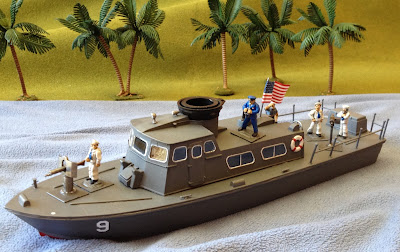 I also had to re-base some of my sailor because having grass bases on the deck of the ship looked weird.

So, it is probably not super historically accurate, but I feel that it is a fairly close resemblance to the pictures shown above and will work well in our Back of Beyond war gaming.

Newsflash: US preps for 28mm Back of Beyond campaign!

President Coolidge has confirmed that an executive order to form a new American Expeditionary Force consisting of US Navy and Marines has been issued. It is believe the force is headed to the China-Russian border to protect American interests there. The Fifth Marine Division has been activated and has begun training near Papua New Guinea, (photo below) 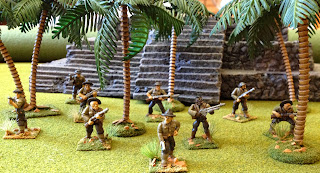 General Jack "Mad Dog" McCreery, shown below with his dog Bomber, has been asked to lead this force of experienced Marines backed by a small fleet of US Navy gun boats and landing craft. 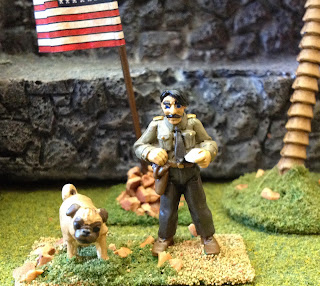 When asked to comment, General McCreery simply said his force would be ready to "eat nails and shit lead" when the time comes.

I was inspired by Major Thomas Foolery's African Terrain Hill to create the following African Kjope for the colonial gaming that we have been doing lately. It is approximately 14"x10"x3" with two levels. 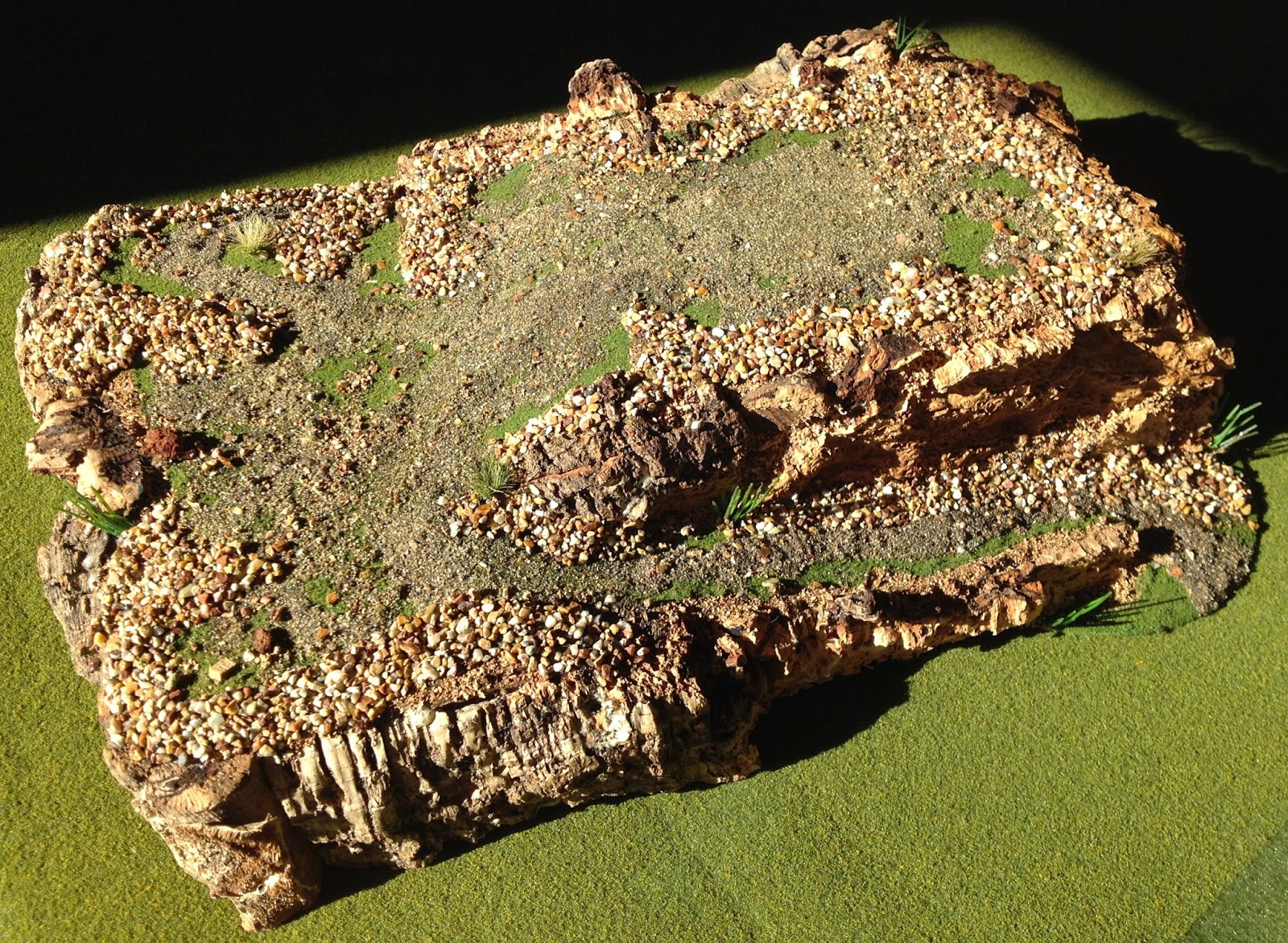 My Slovak light infantry are using the main path to advance to the top and scout out the kjope. 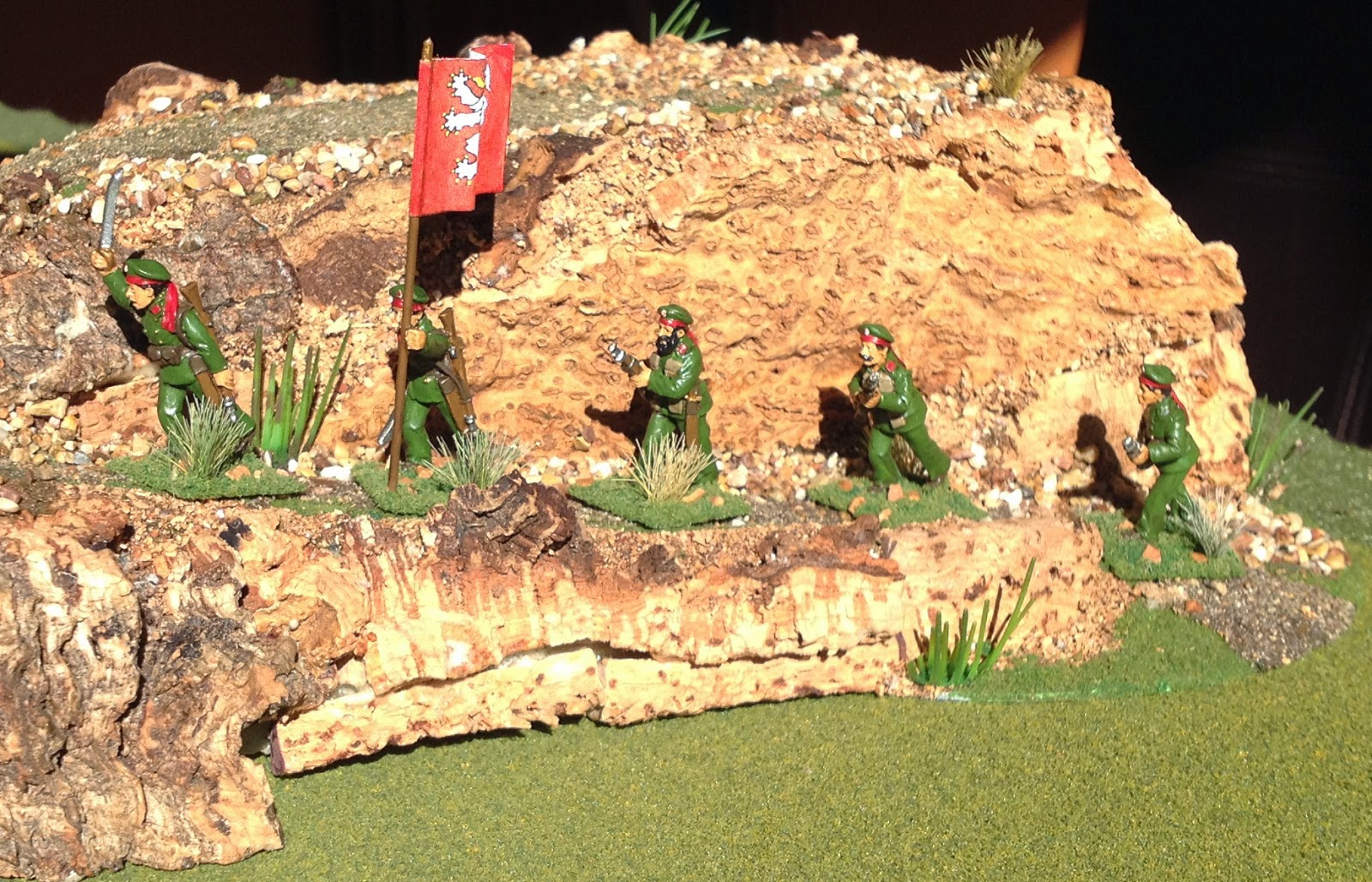 The top level of the kjope is a perfect location for the machine gun emplacement. 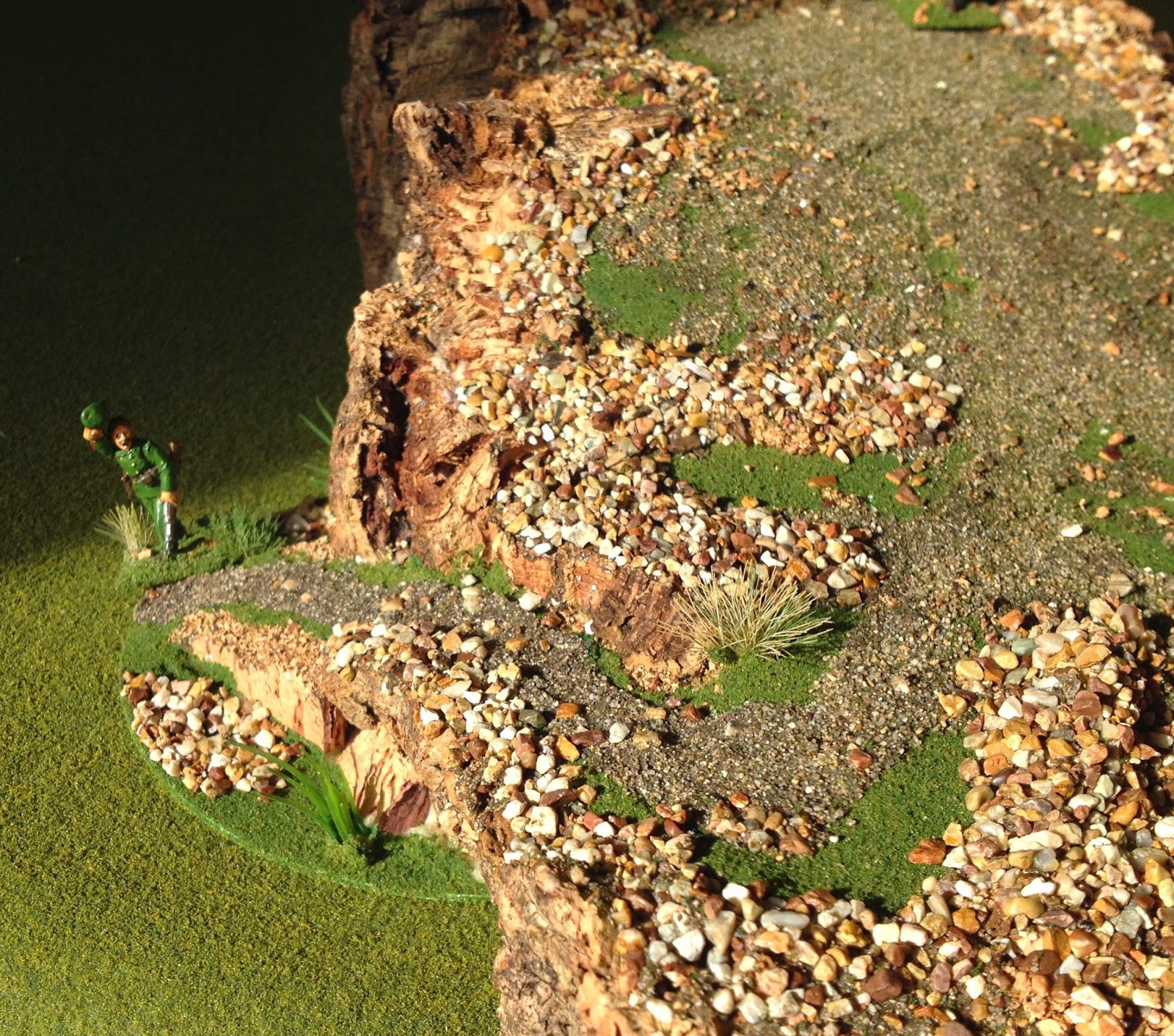 It was Sunday morning and all through the house not a creature was stirring except my son. He was awake and he was hungry! I needed a hero to help me combat his hunger so I called Aunt Jemima. She said she was busy but hooked me up with PANCAKE MAN! 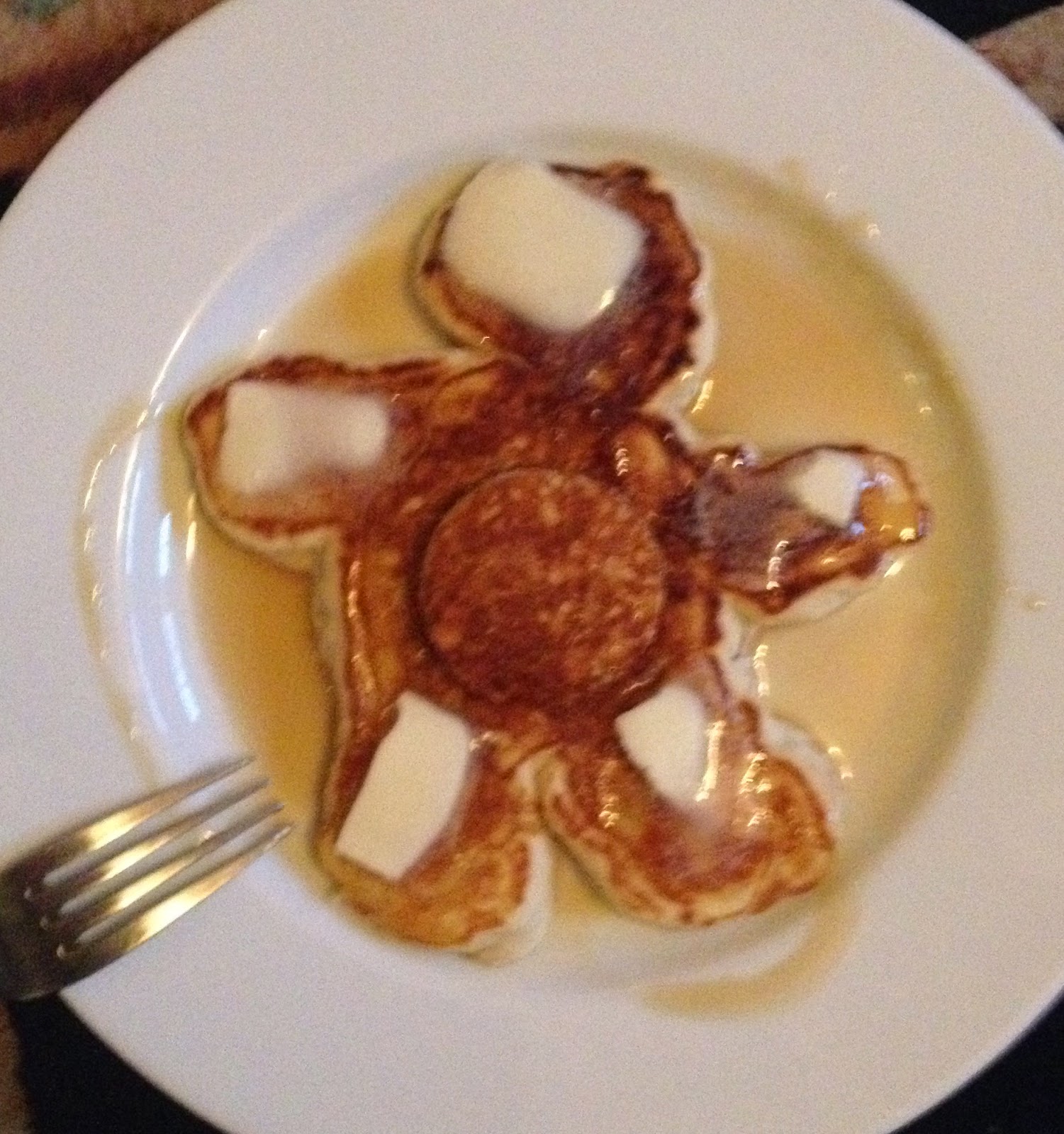 What is Pancake Man's secret weapon, you ask?

Of course, his secret weapon is a belly full of butter! 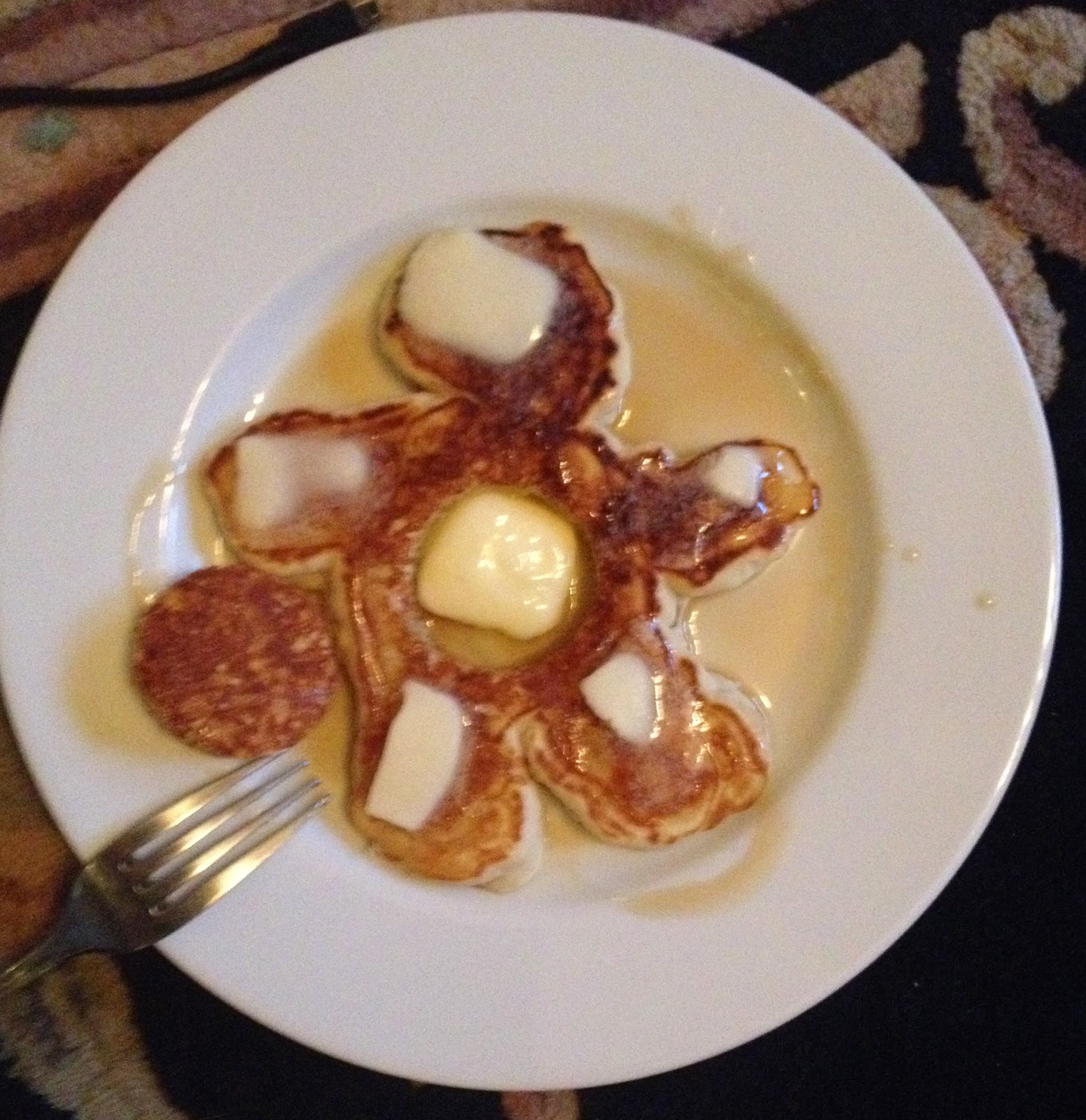